I am a NASA Einstein Fellow of the Hubble Fellowship Program, currently affiliated with the Department of Physics and Astronomy at Rutgers, The State University of New Jersey – New Brunswick.

My research answers key questions about the nature of dark matter, galaxy formation physics, and the uniqueness of our own Milky Way by studying the connection between visible galaxies and their nests, the invisible dark matter halos.

I participate in many science collaborations: I have been co-piloting the SAGA Survey, an ongoing spectroscopic galaxy survey aiming to characterize Satellites Around Galactic Analogs. In the Rubin Observatory LSST Dark Energy Science Collaboration (DESC), I currently serve as a co-convener of the Dark Matter Working Group, a co-lead of the Data Access Team, and the Deputy Chair of the Collaboration Council. I was credited the Builder Status by the DESC in 2019.

I received my Ph.D. in Physics from Stanford University in 2016. At Stanford, I was a Weiland Family Stanford Graduate Fellow and a Paul Giddings KIPAC Fellow. My thesis advisor was Risa Wechsler.

From 2016 to 2019, I was a Samuel P. Langley PITT PACC Postdoctoral Fellow in the Department of Physics and Astronomy at the University of Pittsburgh.

I was born and raised in Taipei, Taiwan. I received my B.S. in Physics from National Taiwan University in 2009.

I care about inclusion and equity, both in academia and more broadly. I am the current maintainer of the Astronomy and Astrophysics Outlist.

I am an avid programmer. Check out some software tools that I've developed, and also my

My name is 茅耀元 in Traditional Chinese; the first character is my last name Mao.

At work I usually go by just "Yao", and use they or he as my pronouns.

How to pronounce my name?

How to style my name in writing?

A snapshot of myself

This snapshot of myself was captured in "Science Bytes Episode 5: Dark Matters" on PBS in 2012. 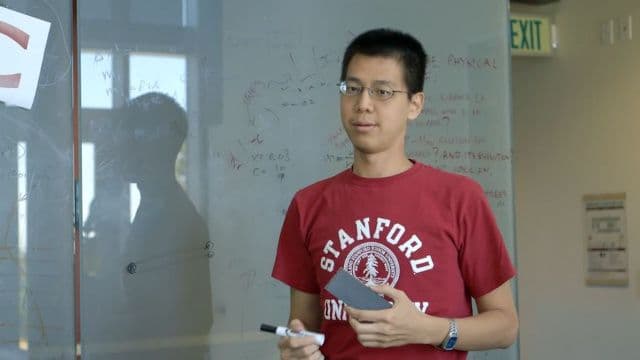